What is the Internet of Things?

The Internet of Things (IoT) is a giant network of interconnected digital endpoints, from consumer devices to industrial sensors, all of which collect, store and share information about their environment and the way they are used, without requiring human-to-human or human-to-computer interaction. Thanks to the prevalence of wireless networks and the arrival of cheap computer chips, it is possible to turn almost any physical object into part of the IoT.

The term Internet of Things was first coined in 1999, although the concept of a network of smart devices was introduced as early as 1982. Since then, the Internet of Things has quickly established itself as part of our everyday lives. It has been estimated that there are currently 35.82 billion IoT devices installed worldwide, with a Markets & Markets report suggesting this could rise to 75 billion by 2025.

With the Covid-19 pandemic leading to many people spending time at home for both work and play, many have invested in smart devices to become more productive and make their lives easier. A recent report commissioned by the government found that almost half (49%) of UK residents have purchased an IoT device since the beginning of the pandemic.

The boom in smart-home technology has been significant when it comes to cementing the Internet of Things as a genuine consumer proposition. These smart devices have become more and more accessible and making your home smart no longer requires a large budget or technical know-how. The majority of home devices, from light bulbs and kettles to thermostats, fridges and speakers, now have an equivalent off-the-shelf smart version. 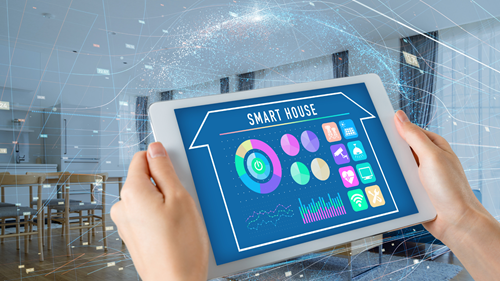 Whilst the Internet of Things is prevalent within consumer electronics, it is also emerging within other sectors, looking to take advantage of the many benefits IoT has to offer. Deployment has diversified from consumer-based applications such as wearables and smart home devices to commercial and industrial applications such as smart healthcare and industrial automation.

These applications make use of device interconnectivity to allow for real-time monitoring and control of various devices and systems, more often than not in a bid to automate processes, increase workflow efficiency, and reduce costs. Organisations operating in a way that utilises the IoT to their benefit can potentially:

The Internet of Things allows medical, industrial and commercial organisations to offer benefits to customers and create new business opportunities, however, these applications often require a high level of reliability and the ability to operate in harsh environments. When developing an IoT device, designers and engineers face a number of technical challenges and must bear in mind a number of important design considerations, especially when designing an industrial IoT system or device.

Ensures that your IoT devices connect to other IoT devices, the cloud, and the world around us.

The ability to allow the seamless flow of data between the device, infrastructure, cloud and applications is essential for any IoT-enabled device. Establishing good connectivity is one of the key challenges engineers face when developing IoT products, as wireless connectivity systems are highly complex, and can be further complicated by dense device deployments.

It is critical that industrial IoT devices continue to work reliably within the toughest of environments. To ensure devices work seamlessly throughout the ecosystem, engineers must keep pace with the fast-evolving wireless technologies and standards.

Requires that your IoT devices have extended battery life to do their job.

It is common for IoT devices to be battery-powered, and therefore battery life is an important consideration for designers. Continuity refers to ensuring and extending the device’s battery life. In consumer devices, a longer battery life is desirable and is often seen as being a competitive advantage. However, for industrial IoT devices, a battery life of up to five years is a common expectation, and any failure can result in significant impacts such as machine failure and production line stopage.

To meet long battery life requirements, engineers must have a strong understanding of developing products with low power consumption. When integrating processing, control, communication and sensing components into the device, engineers must understand how these components will consume power, and be able to optimise firmware/software to further reduce consumption.

Requires that your IoT devices adhere to global regulations.

A designer with the ability to perform in-house pre-compliance tests can reduce the risk of failure during compliance testing, as tests can be carried out throughout every stage of product development; allowing for any issues to be fixed early in the development phase.

As previously mentioned, there are already billions of connected IoT devices, and this number is only going to grow, increasing the number of potential interferences. IoT devices are required to operate in dense environments. Whether in a hospital, office or factory, IoT is not the only thing placing demand on the RF spectrum. Wi-Fi-connected phones and laptops, and Bluetooth devices, all need access to the spectrum simultaneously despite having varied operating protocols. Even if the environment only consists of IoT devices, the same issues occur. Any device can potentially interfere with any other device, impacting performance by causing a slow connection or loss of connection entirely. As more devices are added to an environment, the likelihood of interference and congestion related issues increases.

Safeguards your data from cyber threats.

The fifth consideration and arguably the most important is that of cybersecurity. The ability to connect with a host of other devices is what makes IoT enabled devices so powerful. However, this characteristic does not come without its flaws. Just like any internet-connected device, IoT devices leave themselves vulnerable to cyberattacks. A report by Kaspersky found that attacks targeting IoT devices have doubled over the past year. During the first six months of 2021, their honeypots (which imitate a vulnerable IoT device) have been subject to over 1.5 billion attacks, twice as many as the previous six months.

It is vital that engineers can assure their devices can communicate safely with other devices without the risk of cyberattacks breaching their security. When developing a product, security cannot be an afterthought, it must be front-of-mind from the very first stage of development. Even after market entry, it is important the device’s design allows for fast patches to maintain its security. Cyber attackers are becoming smarter each day, so whilst your device may be protected now, there is no guarantee it will be safe from attacks in the future. Ongoing security support is a necessity, especially with industrial IoT devices used in security-critical applications where data protection is essential. 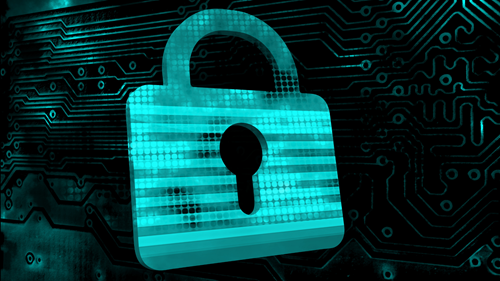 Have an upcoming project?

Integrating IoT into a product can lead to new opportunities and applications for many industries. However, developing a device, particularly if you have little experience with IoT, brings a number of unprecedented challenges. Delivering a successful IoT implementation requires engineers to have a deep understanding of The Internet of Things and know the key design and test considerations.

The design team at Corintech have worked in the field of internet-connected products for almost a decade, making us the ideal partner for IoT product innovation. Our long history of bringing IoT products to market through our FilesThruTheAir brand, means we are able to provide support at every stage of your project’s journey, from design to manufacture. If you want to update your existing product with internet connectivity, or perhaps have an initial concept in mind, contact us to find out how we can help.