The Chips are Down for the Electronics Industry

Wondering why you can’t get your hands on the latest game console, laptop, or mobile phone?

A shortage of semiconductors has restricted technology production around the world and it's affecting the speed at which all sorts of items can be built, including industrial machinery, cars, and consumer electronics such as mobile phones and games consoles.

The pandemic has meant that just as lots of us buy new items - whether that's things like monitors and computers to help us work from home, or games consoles or new phones to keep us entertained - there's also been a big disruption to semiconductor manufacturing. Demand outweighs supply. Automakers investing in tech-heavy EVs, increase in sales of PCs and TVs, and the roll-out of new technologies such as games consoles and 5G-enabled mobile devices have all contributed to the rise in demand.

Chip manufacturers around the world are experiencing a huge backlog of orders, which continue to pile up. Many manufacturers are informing customers that they won’t be able to meet demand for another year. Even the mighty Apple, being a $2tn company and the biggest global consumer of semiconductors, was forced to push-back the launch of its iPhone 12 by two months last year due to the shortages. Takeshi Kamebuchi, a director in charge of semiconductors at Toshiba Corp. states “The supply of chips will remain very tight until at least September next year, in some cases, we may find some customers not being fully served until 2023.” Most manufacturers have shared similar sentiments to Takeshi’s, serving as a fresh warning to those OEMs who are currently struggling with component shortages. 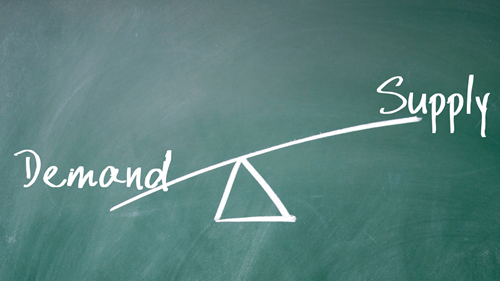 Can we increase supply?

The chip shortage is expected to persist for some time yet. Although semiconductor manufacturers have looked for solutions to help meet the rise in demand, such as building new manufacturing plants, these cannot be implemented overnight - it can take around two years for a semiconductor production factory to be built and become operational. As well as time, increasing supply requires significant investment. Toshiba plan to invest £395 million over the next three years in order to boost their output, with further plans to include additional investment and potentially build another factory. This investment does not come without risk however. Some investors are concerned that the current ‘bubble of demand’ is due to burst after the pandemic-fuelled thirst for electronics comes to an end, resulting in additional facilities and resource quickly becoming redundant. Despite concerns, Kamebuchi insists Toshiba are confident that demand will continue to grow fast enough to sell out production lines for years to come.

We recently discussed how car makers have struggled with fluctuating demand in our previous article. Many automakers including Toyota, Volkswagen and Ford have had to halt or reduce production. Although the global auto industry purchases a staggering $37bn worth of chips each year, they are still considered minnows for semiconductor suppliers when compared to other industries such as the consumer electronics sector. Apple alone, is spending $56bn a year. This has led to a serious imbalance in the pecking order as semiconductor manufacturers have been left contemplating how to best allocate their limited output.

Within the consumer electronics industry, video-game consoles have become an established victim of the semiconductor shortage. The latest generation of consoles from Sony and Microsoft, the Playstation 5 and Xbox series X launched towards the end of 2020. With tens of millions of gamers eager to get their hands on the latest gaming hardware, many have been left disappointed as shelves remain empty months after release. It’s not unusual for newly released consoles to be hot commodities, but the ongoing supply chain disruption is only complicating matters for consumers. 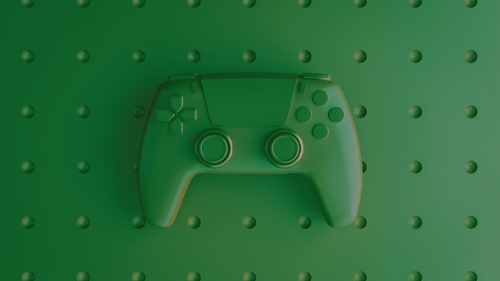 Game console production, like many other consumer electronics, is vulnerable to a lack of components. Historically, Sony, being a Japanese company, has followed a just-in-time production strategy in order to avoid stockpiling components prior to the need for them. Whilst this strategy has allowed Sony to operate a more cost-efficient production process, they have been left vulnerable to supply chain disruptions.

Sony, among many other consumer electronics manufacturers, are now scrambling to source vital components in order to meet the demand. Not only are they competing against manufacturers from other sectors such as aerospace and automotive, but there is also a lot of internal competition within the consumer electronics sector. Suppliers are faced with the difficult task of choosing which orders should be given the highest priority. According to Toshiba, game console manufacturers are among the customers making the strongest demands. Whilst the size and worth of the order is undoubtedly taken into consideration, Toshiba states that they also consider which customer faces the most severe situation if their supply of chips runs dry.

Manufacturers of consumer electronics usually implement a conservative production plan, and dynamically adjust it based on sales. The disruption to the supply chain over the past 18 months has resulted in this just-in-time strategy proving tough to execute. Whilst orders are normally placed a few weeks or months in advance, semiconductor manufacturers are now facing enquiries for half a year into the future and beyond, as OEMs look to adjust their production plan in accordance with continuing shortages. Prices across the supply chain are rising, and as things stand, there is no sign of either demand decreasing or supply catching up.

When demand fluctuates, component shortages can be unavoidable, however, an experienced CEM with excellent procurement capabilities can help limit disruption to your supply chain. Corintech’s global procurement teams operate full supply chain management and can track down components that are often hard to source. With strong engineering expertise, our teams are able to identify components that have a high risk of obsolescence, and can recommend alternative components or design alternative solutions.

If you have an upcoming electronics project and are concerned about current shortages effecting your production, then contact Corintech today.