The Future of IoT: Increasing Efficiency

The COP26 talks, currently underway in the UK, have been labelled as the world’s “last-best chance” of averting climate catastrophe. The government has already put strong targets in place in advance of these talks, with plans to cut UK emissions by 78% by 2035 and achieve net-zero by 2050.

Generally, the UK has already made great progress in reducing emissions across many of its sectors, such as the energy sector which has benefited from an effective partnership with the government to make offshore wind more affordable. However, although some sectors are progressing quickly, others have been left behind. Agriculture and transport remain high sources of emission, whilst sectors such as manufacturing, which have previously seen success in reducing emissions, have seen their reductions beginning to slow.

Technologies such as IoT and 5G have huge potential to help the world address the ongoing climate crisis. IoT devices are able to limit their consumption of energy due to their ability to connect and communicate with each other allowing for coordinated operation at optimal efficiency. A report by the International Energy Agency found that 40% of the government’s emissions reduction target could be achieved by 2040, simply by improving the energy efficiency of existing systems.

Generally speaking, IoT allows devices in homes, vehicles and businesses to communicate their power consumption with the energy grid, allowing use, supply and storage to adapt to each other accordingly. As the UK looks to become less dependent on fossil fuels by adopting renewable energies, such as wind and solar, it is essential that devices connected to the grid are able to communicate their energy usage. More specifically, the implementation of IoT could significantly improve the efficiency of three high emission sectors – Manufacturing, Agriculture, and Transport. 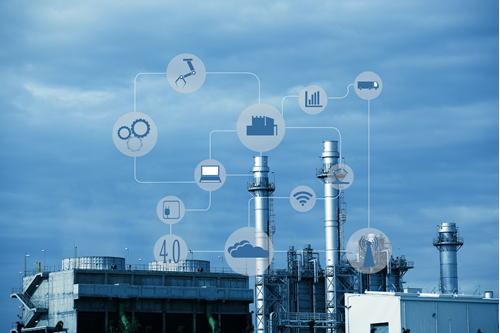 The term Industry 4.0 has grown in popularity over the past years and is used to describe the adoption of IoT, cloud computing, and AI and machine learning by the industrial sector. Industry 4.0 is revolutionising the way companies manufacture and distribute their products. Through implementing these technologies, the UK can look to benefit in terms of greater productivity, quality and efficiency across a range of manufacturing sectors. It has been estimated that around 3.3 million tonnes of CO2e could be saved annually through the adoption of IoT by the manufacturing sector - equivalent to producing almost 600,000 cars. 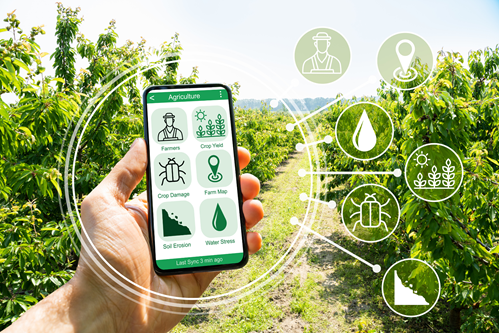 As with manufacturing, the application of the Internet of Things in agriculture promises increased efficiency, reduced costs, automation, and data-driven processes. The most common IoT applications in smart agriculture include:

IoT-enabled agriculture offers farmers the ability to monitor their livestock and crops in real-time. With fast insights allowing farmers to predict issues before they happen, they can make informed decisions on how to avoid them. Additionally, agricultural processes such as irrigation, fertilising, and harvesting can be automated through the adoption of IoT. Agricultural IoT will also allow for the use of resources, such as water, energy and land, to be optimised, resulting in more efficient and sustainable processes, and therefore fewer emissions. Reports suggest that up to 4.8 million tonnes of CO2e could be saved each year by the agricultural sector – equivalent to producing three billion pints of milk. 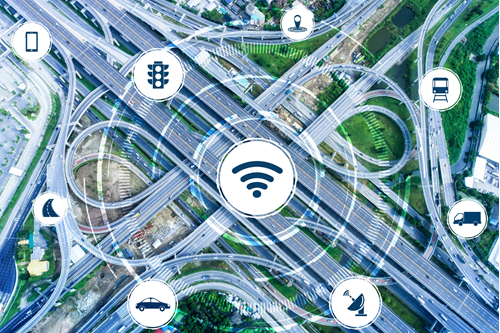 Whilst transport is already making huge strides towards reducing emissions with the Electric Vehicle revolution, IoT will be able to further deliver a range of improvements through Intelligent Transport Systems (ITS). ITS work by improving the efficiencies of transportation systems, thereby resulting in an overall reduction of greenhouse gas emissions as a secondary benefit.

ITS can be categorised into three areas:

With modern vehicle systems adopting IoT, traffic is able to flow more freely, and accident-related congestion is reduced leading to CO2 emission reductions. Telematics have been reported to reduce fuel consumption by up to 15% when implemented in some business fleets. Alongside monitoring fuel usage, IoT can also be implemented to optimise routes, reducing idling time, and further lowering CO2 emissions.

IoT has the power to greatly improve travel information systems such as route guidance systems and geo-location systems. IoT allows these navigation systems to redirect traffic to reduce congestion, as well as prevent unnecessary travel that might occur as a result of a driver getting lost or choosing a longer route.

IoT-enabled Intelligent Transport Systems present the British transport industry with the opportunity to save around 9.3 million tonnes of CO2e annually – the equivalent of taking two million cars off the road.

With a large focus on improving efficiency across many sectors, as well as growing interest among consumers, there has never been a better time to enter the IoT market, with demand for smart, internet-connected devices being greater than ever. However, developing an IoT device, particularly if you have little experience, brings a number of unprecedented challenges.

Have an upcoming project?

Our design team have worked in the field of internet-connected products for almost a decade, making us the ideal partner for IoT innovation. Our long history of bringing IoT products to market through our FilesThruTheAir brand, means we are able to provide support at every stage of your project’s journey, from design and prototyping, to manufacture. If you have an initial concept in mind, or are looking to update an existing project, then contact the team at Corintech to find out more about our wireless capabilities.